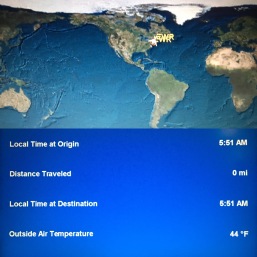 I am on the plane writing this update fresh off the trip to India. It was a great time once again and there were several good things that came out of it. Here’s a little review of the time there and what we are looking at for the future.

Of course I am practicing Lent this year but it’s not been the typical Lent season for me. I have not been able to engage as I would normally. However once I got to India I realized they were having prayer meetings as part of Lent each morning at 5am-6am. This was not what I wanted to hear after 29 hours of flying and then another 4.5 driving. But the next morning I got up and went to prayer and it was great.  Lent isn’t just about giving up something like sleep but about embracing sacrifice knowing that it is worth it. Even before the trip, I’ve been trying to engage in prayer more diligently and intentionally and I have noticed a marked difference in my life because of it.  I shared a devotional several times during the prayer meetings over the last 13 days and plan to continue my early morning prayers throughout Lent at least. Hopefully the practice will lead to a habit that will lead to more intimacy with Christ.

The first Sunday, I preached a couple times in the main location but we didn’t go to all the locations. We went out to Vellaturro in the evening, which is about 40 minutes away. The last Sunday we did all the locations but canceled the Nuanna service because of sign practice.
The churches are doing well and growing. Everyone was happy I was there and I conveyed all of our love and prayers for them. A couple of prayer concerns for the churches:

The WAVE conference was great this year, with many commenting about how much they learned and how fun it was to be part of the event. We had 55 on the first day with several of those being first-time signers. Our numbers dropped to about 30 on the second day because unfortunately we were hosting during a time when many are studying for exams and don’t want to miss school or course.
The conference expanded this year by adding a Skype session from the USA with Trevor leading a session on student leadership. This was an exciting thing to offer as we try to amp up our value for those attending.

We worked on several songs but highlighted “Awake”, “No One Like You” and “A Better Way”. They really have picked up so much from watching YouTube and the couple of sessions we have done via Skype. The India WAVE team has only been together for about 15 months but seem like much longer as they have gelled and sign pretty cohesively as a group. I am very proud of their progress.

One of the other things that was a huge accomplishment on this trip was the relaunch of the SAC website. About a year ago, SAC launched a site but in that time it had suffered from the need of additonal content and updates. On this trip I was able to help them create a new site and get the information updated, as well as create a couple of new pages for them to begin soliciting donations and keeping donors better informed. Take some time and check out www.sacministries.com

We have a return trip planned for the last part of July until about August 10. The schedule will include hosting a 5day camp for the orphans and children who live in the nearby villages. We are estimating about 100 kids each day.
While there we will also be sharing with the churches and WAVE team as well teaching and preaching during several meetings. One other major hope is to be able to get a radio tower installed so that Pastor Rajendra can broadcast services each week. He is already on TV daily as they are recording services and using those to broadcast. We want to be able to round out the media outreach by getting a radio station set up for him to share the gospel from the home location.

I don’t have much information on other aspects of our ministry at this point but hope to catch up and better update you with that next week. Thanks again for all your prayers and support of our ministry in India. If you or anyone you know is interested in serving in India this summer or on any other trip with us, please notify me. All trips must have commitments by the end of March. Thanks!

One thought on “India Update Week 2”